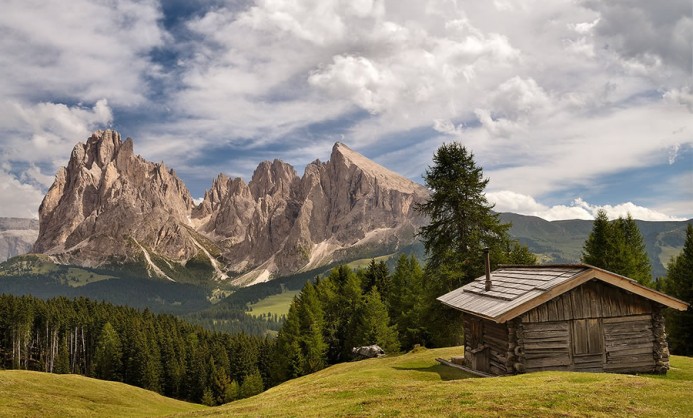 From the motorway A27 Venice-Belluno exit to Pian di Vedoia (last exit) and follow the national road 51. After Longarone and Ponte Cadore, in locality Tai di Cadore follow the signs to Auronzo-Comelico (SS 51bis).

In Auronzo there is Lake St. Catherine, a must-see destination to spend a quiet day surrounded by nature, taking a walk around the lake to discover the environment and stunning peaks, especially Tre Cime di Lavaredo. There are several walking paths, suitable for anyone equipped with refreshment areas to allow good stops.

From Auronzo drive up to Misurina where is the largest natural lake of the Cadore, at an high of 1,754.The perimeter is 2.6 km and the maximum depth is 4.5 meters. The lake is situated in a beautiful valley surrounded by the Dolomites and more precisely: to the North The Tre Cime di Lavaredo, to the East Gruppo Dei Cadini, to the West Monte Cristallo and to the South in all its beauty is the mighty Mount Soràpis, which is reflected in the calm waters of the lake.

From Misurina it it then possible to visit the most famous mountains in the world, the Tre Cime di Lavaredo: La Cima Piccola di Lavaredo (2857 m), Cima Grande di Lavaredo(2998 ft) and the Cima Ovest di Lavaredo (2973 m).
Once arrived at Lake Misurina, turn left and climb along a paved two-lane road up at the barrier where there is a pay toll to pass by and then park uphill on the large parking lot of Auronzo dew (2320 m, Auronzo di Cadore).
Parked the car at the foot of the Tre Cime, the hike begins along a dirt road with the number 101 leading easily to the opposite side of the Tre Cime di Lavaredo. Sunny path from morning to night passing over the upper limit of the forest, along the scree.

After about 15 minute walk stands the church dedicated to Maria Ausiliatrice , and shortly afterwards the Lavaredo dew (2344 m).

From the Lavaredo dew you can continue left along the path cutting diagonally detrital deposits at the base of the Torre Piccola di Lavaredo (2857 m) and carry on along a dirt road up to forcella Lavaredo (2454 m) reachable in further 45 minutes. The second alternative is definitely longer but smoother.
Once at the top of the fork, you see the classical form of the Tre Cime di Lavaredo.. In the distance you may see the Locatelli A dew. (2405 m).

Down on the opposite side, there are some trails leading along the north side of the Tre Cime di Lavaredo to get to the other side, where there is a small Alpine Lake (the source of the river Rienz), a refuge and another small alpine lake.

Carrying on we reach Col Forcellina and eventually crossing the great scree tla Forcella di Mezzo, we come back to the parking lot from where we began the hike.
In about. 4 hours it is possible to make the full excursion of Tre Cime di Lavaredo, a beautiful and not very tiring hike with a very low gradient.

If you want to have a good walk, then you may then stop in Cortina d’Ampezzo while coming back; it is a famous and prestigious Italian mountain resort, for a walk in centre or simply for an aperitif or for an elegant dinner. From Cortina take again the A27-Pian di Vedoia, direction Venice.