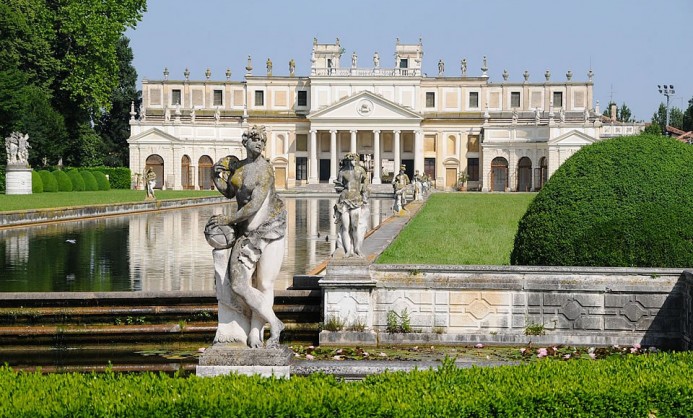 Make an excursion to the enchanting Venetian Villas situated along the Brenta river by car or by bicycle from Malcontenta on the way to Padova.

- Villa Foscari by Palladio at Malcontenta (this villa is distinguished by hexastyle Ionic pronaos designed by Palladio in 1560 and frescoed by Gianbattista Zelotti and Battista Franco. According to popular tradition, the name is taken from that of a noblewoman of the Foscari family who was “unhappy” about being confined to the villa because she was too free in spirit and restless).

- Villa Widmannat Mira (It was modernized in 1705 in an elegant French Rococo style and thefrescoes are by Giuseppe Angeli of the Ginbattista Piazzetta School. The estate dates from the same period, including the extensive gardens adorned with statues and the large chapel attributed to A.Tirali).

- Barchessa Valmarana at Mira (it is situated on a bend of the Brenta river and was recently renovated, it contains the great hall that was frescoed in the second half of the eighteenth century with architectural prospect, allegories and landscape that were attributed at the Chioggia artist Michelangelo Schiavone or “Chiozzotto”, and the interior still displays original furnishings).

- Villa Pisani at Stra (it is symbol of excellence of the greatness and sumptuousness of the eighteenth century and here is the largest villa on the Brenta. The interior was decorated by best eighteenth century Venetian masters and on the ceiling of the main reception salon is a fresco by G.B. Tiepolo. In the park adorned with statues, the stables by G. Frigimelica are outstanding, and there are other extravagant architectural features and the famous hedge maze).

- Villa Foscarini Rossi at Stra ( built on an eighteenth centuryfoundation, the interior is decorated with paintings in the school of G. Jappelli. The lodge is worth noting; it was once used for guests and boasts a large salon with allegorical scenes. And then it is possible to visit the Museum of Footwear, the shoe being a highly sought-after item of fashion and symbol of the craftsmanship on the banks of Brenta). 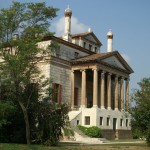 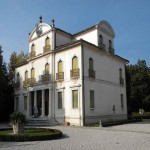 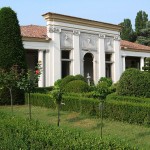 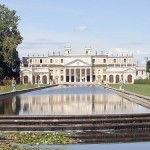 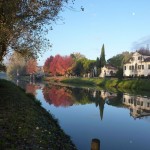