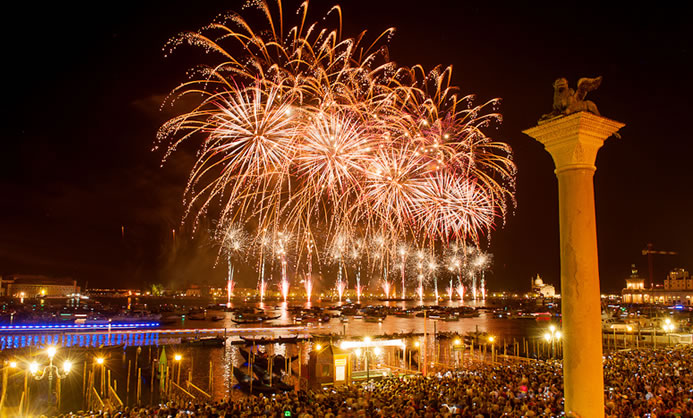 The Redentore is one of the Venetians’ most treasured festivities, and is a tourist attraction thanks to the spectacular firework display in the evening.

It falls on the third Sunday in July, when Holy Mass is held in the presence of the Patriarch, followed by a religious procession.

But the special moment of the festivity takes place on Saturday night: with the unbeatable backdrop of Saint Mark’s Basin, a play of lights and reflections produce a kaleidoscope of colours with the silhouetted spires, domes and bell towers of the city behind.

At sunset the well illuminated boats, decorated with boughs and coloured balloons, begin congregating in Saint Mark’s Basin and the Giudecca Canal. In the boats people eat traditional food, waiting for the firework display, which begins at 11.30pm and lasts until after midnight.