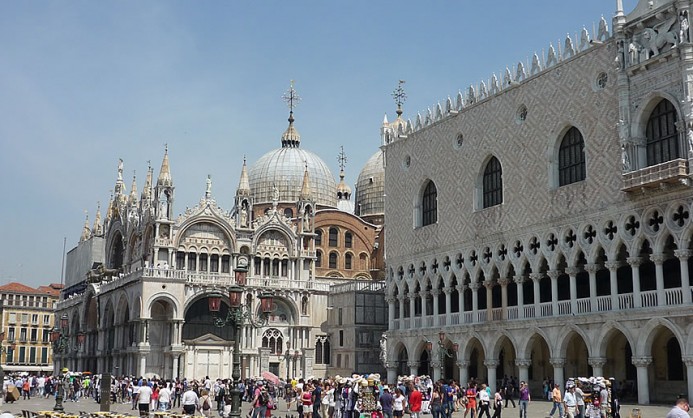 Departure from Camping Serenissima by bus Nr. 53 direction Venice. Arrival at P.le Roma, then follow the indications to Rialto – San Marco to arrive at theSt. Rocco Church, founded at the beginning of the 15thC and rebuilt in the 18thC, the CHURCH OF SAN ROCCO (St Roch) displays works by G. Marchiori and S. Ricci, as well as numerous paintings by J. Tintoretto. Next to the church stands the Guildhall of San Rocco.

Proceed in the direction of the CHURCH SANTA MARIA GLORIOSA DEI FRARI, erected between 1236 and 1338 through the efforts of the Conventual Franciscan Friars Minor, it was replaced by a grandiose Gothic Franciscan-style edifice in the 14th century, with a nave and two aisles and seven apsidal chapels (inside painting by Tintoretto and Bellini). The imposing 14th century brick bell tower is one of the highest in Venice. 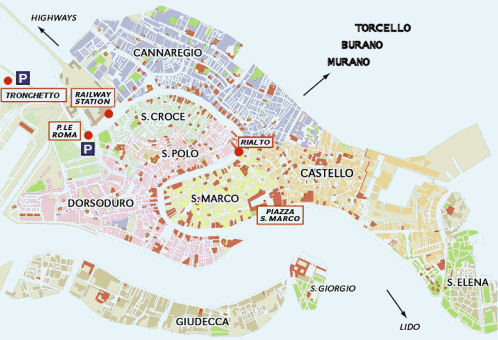 Passing through Campo San Polo proceed in the direction of Rialto, crossing the RIALTO BRIDGE, completed in the 16thC. This stonebridge on wood piling was built to replace a wooden bridge and an earlier pontoon bridge that once was the only link between the two banks of the Grand Canal. The shops lining the central passageway make it particularly picturesque. Before the Bridge there are the MARKETS OF RIALTO, one of the liveliest and most characteristic areas of Venice since the earliest times. Traditional place for meeting, trading and exchanging, the district is still has its picturesque and very busy markets: here you find the fruit and vegetable markets, flower and fish markets.

Proceed through the Mercerie, road famous for the many shop on both side of it, until SAINT MARK’S SQUARE , the mostknown square in Venice. It has a trapezoidal shape and it enclosed on three sides by the arcaded buildings of the Procurators, it was once a remarkable showcase for feasts, ceremonies, tournaments and fairs.

Visit of SAINT’MARK BASILICA (Gallery, Golden Altar and Treasure), that was the Doge’s Chapel and mausoleum of Evangelist St. Marco, in Bizantine-Romanesque style, characterized from its 5 domes, the Byzantine mosaics and the Quadriga on the main entrance. The Bell Tower adjacent to the basilica was once a lighthouse for ships. At the foot of the tower is a 16th century loggia by J. Sansovino.

Visit of the DOGE’S PALACE (XII sec) that was the residence of the Doge and seat of the main government departments. It is of Byzantine origin and it’s characterized from the main entrance “Porta della Carta” in gothic style and from the saloons frescoed and decorated by works of prestigious artists like Veronese, Tintoretto, Tiepolo, Bellini and Tiaziano.

BRIDGE OF SIGHTS which was constructed in the 17th century with two internal passageways. The bridge leads to the New and Old Prisons, the latter called pozzi (wells). A little window looks out over the Basin of St Mark offering a picturesque view of the Island of San Giorgio.

Return by boat line 1 along the Gran Canal where stand over 200 ancient palaces like Ca’ Rezzonico (it houses the eighteenth century Venice museum), Ca’ Doro in gothic style (today the “House of gold” houses the Franchetti Gallery), and Ca’ Pesaro (it houses the International Gallery of Modern Art). 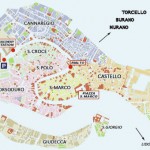 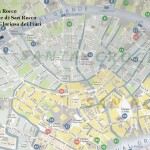 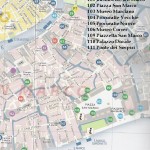 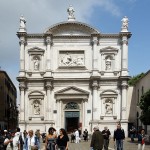 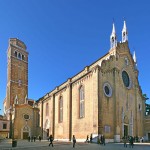 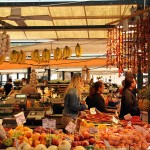 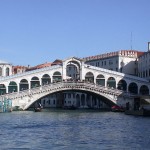 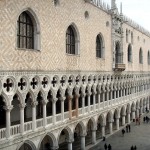 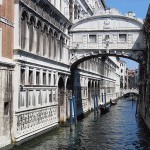 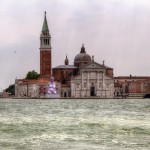 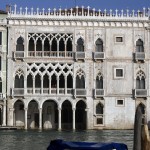 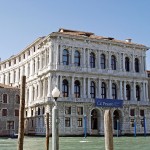 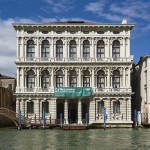